Following on from my previous blog entry featuring drawings of Oink! characters, I've gone and done some more. 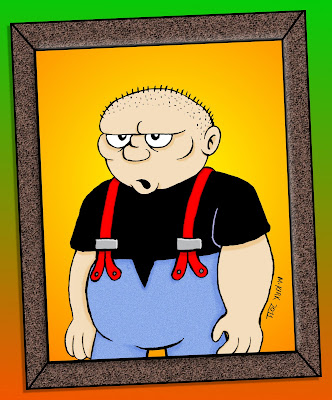 Originally created by Lew Stringer, Tom featured in one of two stories from Oink! to make the transition over to Buster comic once the former was cancelled, becoming one of the most popular stories in the latter.

The other story was Pete and His Pimple... 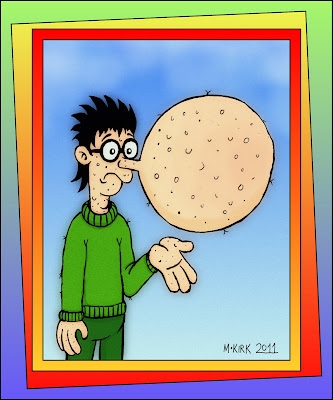 ...also created by Lew Stringer. This fared less well in Buster, due to being toned down for a slightly younger readership, (the zits ceased bursting, no longer covering everyone and everything in the vicinity in pus). The strip was also reprinted in a few issues of Sweden's Herman Hedning comic

Next we have Regurgitating Robbie... 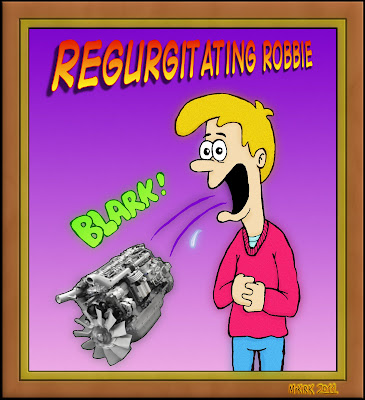 Robbie was originally drawn by Charlie Brooker, (who was only a teenager when he worked for Oink!). He now presents stuff on telly and has a column in The Guardian and he turned Davina McCall into a zombie once. 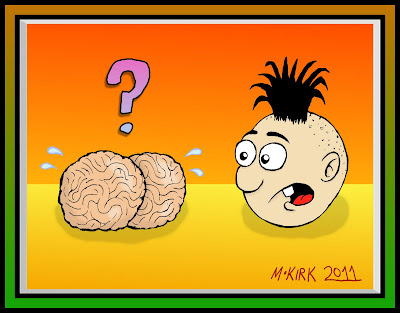 Billy's Brain was drawn by cartoonist David Haldane, also responsible for Rubbishman. He doesn't have much of a web presence but there's a short biography here...

Harry The Head was drawn by musician Marc Riley, who also appeared as Snatcher Sam in photo-stories in the comic and helped put together the free flexidisc with issue one. Marc is now a DJ on BBC 6 Music.

That's it for now, but Oink! has so many other memorable characters that I'll probably do a few more pics at some point in the future, so watch this space.

Now can someone please bring the comic back so I can submit all this stuff to it?