Trapped In A World He Never Made... 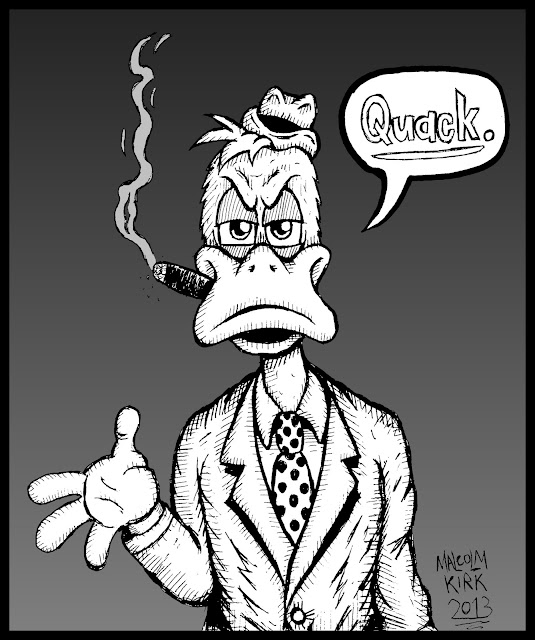 The character has a long and convoluted history, so instead of going into it here, I'll just direct you to his Wikipedia entry.

My introduction to him was in the pages of British reprint comic, "Marvel Madhouse" in 1982. Because it was an anthology comic, it started off with the shorter horror-themed strips, which had originally appeared as back-up stories in "Giant-Size Man-Thing", (yes, I know, shoosht). It immediately appealed to seven year old me's sensibilities.

That's right. When I was seven, I was reading existentialist horror comics involving a chain-smoking talking duck who becomes romantically involved with a human female artist's model. That kind of thing was totally normal for the 1980s and had no effect on my impressionable young mind whatsoever.
Posted by Malcolm Kirk at 00:36