It's 2000ad's 35th birthday this week. In honour of this, I thought I'd post some pictures I drew a couple of years ago depicting some of the characters from this long running, alien-edited, science fiction comic. However, they're slightly odd because I decided to do an experiment to see if I could capture a recognizable likeness in 15 second scribbles. I kinda' could.

Might do some more of these. For the moment, if you're familiar with the comic, see if you can work out who these are supposed to be... 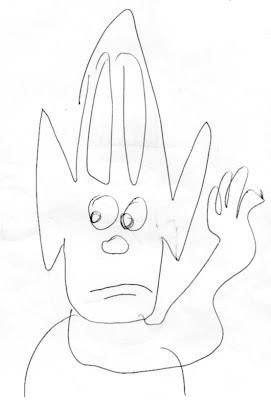 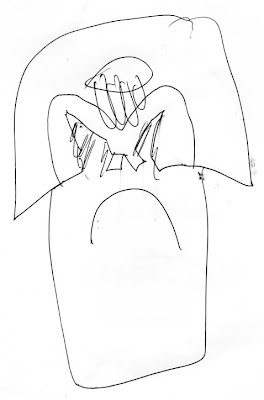 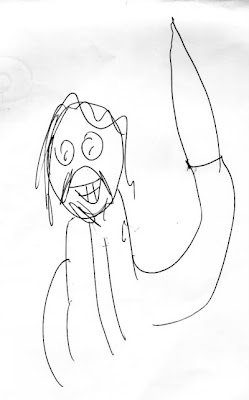 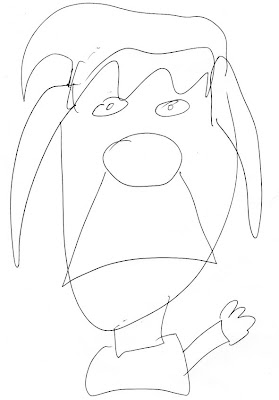 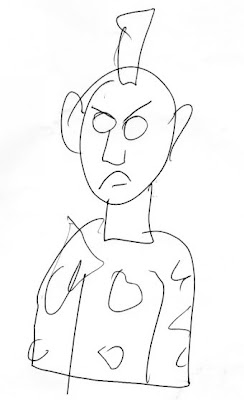 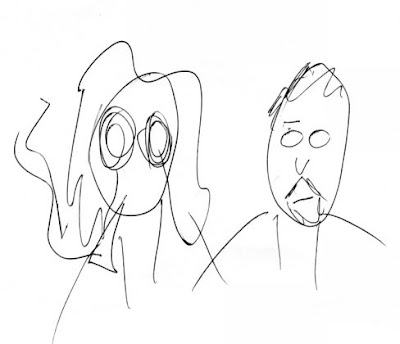 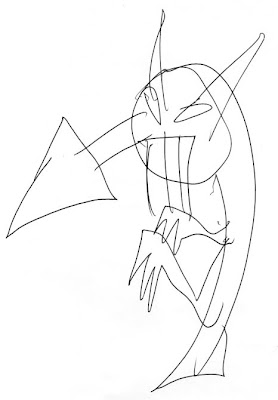 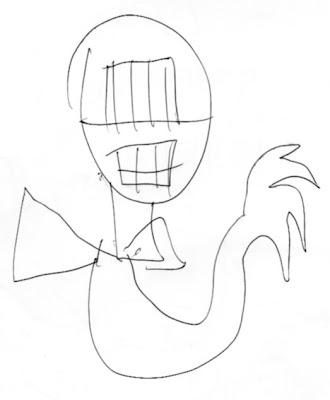