Miss 'T' (From Misty) In INVASION OF THE POD-PEOPLE!

The comic strip below was done back in 2008, and was originally intended for a Mistycomic.co.uk special. They didn't use it, (probably mainly due to lack of space), and there's been no news of any further specials, so I thought I'd share it here.

The original Misty first appeared back in 1978. It was a supernatural/horror comic aimed squarely at girls, (actually not the first time this had been done). Aside from the supposed ghostly girly editor of the comic, (also named Misty), Miss T was the only regularly appearing character.

I became familiar with Misty via annuals belonging to my older sisters, and while I thought most of the other stuff they read was rubbish and/or boring, Misty was something altogether different. The annuals were filled with stories of werewolves, vampires, undead pirates, murderous arsonist rag-dolls and at least one skeletal knight with worms wriggling about in its eye-sockets. Misty was cool.

Miss T, on the other hand, wasn't particularly cool, but when the opportunity to pay tribute to the original comic arose, she's the first thing that popped into my head. 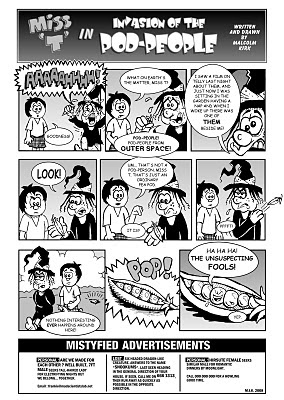 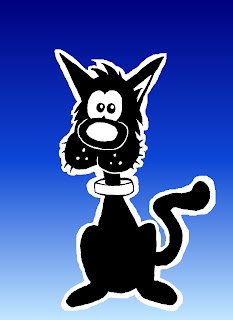