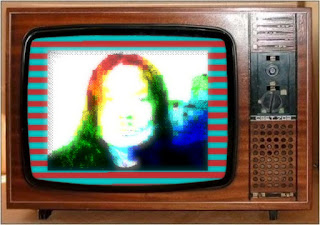 Something a bit different this time. Today is the 30th birthday of the Sinclair ZX Spectrum, a classic British 8-bit computer. To celebrate this, I've decided to upload a few programs I 'created' way back when, (I actually nicked two of them from books and fiddled about with them a bit). They're .Z80 files and the most of them are crap, (but that just adds to the nostalgia). You'll need a spectrum emulator to have a proper look at them, though you should be able to find something suitable online. 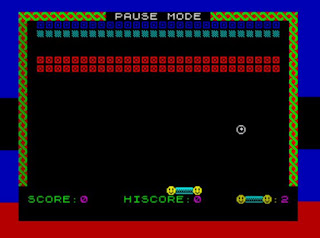 This was a Breakout clone printed in the Spectrum +2 manual in the BASIC programming language. I modified it slightly, adding graphical flourishes and snazzy effects, making it far slower and quite a bit worse. Hurrah!

I'll let the video speak for itself...


4 : ADVANCED GETTING EATEN BY SOME GIANT BABY BALD EAGLES SIMULATOR 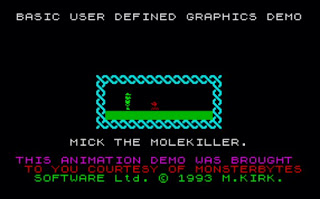 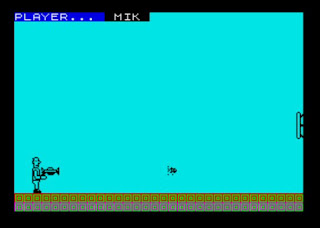 You can 'play' this one. Enter your initials, press enter,  and press SPACE to fire and see if you can hit the target. Basic in every sense of the word. 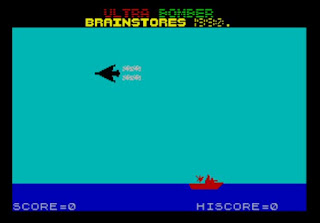 This was another type-in program printed in a book, (not sure which one). Again, I added a few extra graphicy bits, namely, an explosion, a splash and some contrails.

This is a game created using Domark's 3-D Construction Kit, a nifty program that allowed you to create 'Freescape' games in the style of classic spectrum games, such as Driller, Total Eclipse and Castle Master. I'd originally intended to send the game for inclusion on Your Sinclair magazine's cover-tape, but this was 1993, the Spectrum was no longer in production. Its commercial life was over, and so games and software were disappearing from shops, and inevitably, all the magazines disappeared too, with Your Sinclair being the last to go in September of that year, (although it would return for one more issue, eleven years later, as a free giveaway with Retro Gamer magazine).

In Loups Garoux you play the part of Antoine Gandillon, a man cursed to become a wolf each full moon. Seeking a cure for your affliction, you must find a witch and collect potions for her. You'll also need crucifixes. Not only do these restore energy, you'll need them to defeat a creature which holds one of the potions.

I've got a few more crappy bits and pieces that I'll probably upload at a later date. So, keep an eye out for those, and there's also another one of those Freescape things that I've been meaning to finish for ages which will definitely be online in some form or other by the end of this year. Yes, it will. I've said it now. Watch this space!

In the meantime, check out World of Spectrum for "loads" (ho, ho), of speccy goodness.
Posted by Malcolm Kirk at 22:39